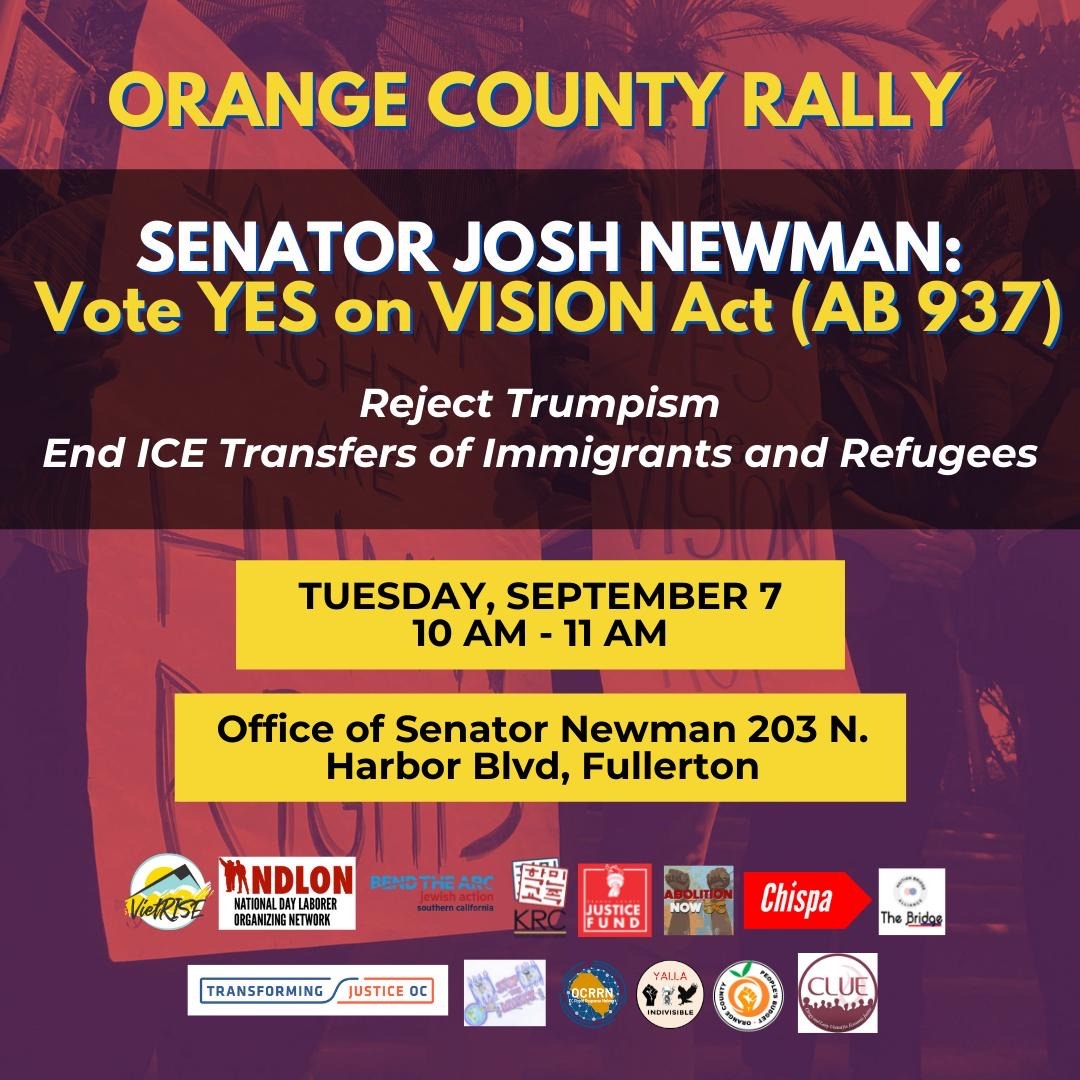 The state bill would end ICE transfers from California jails and prisons, ending double punishment for immigrants and refugees who have served time in California

Fullerton, California — With just days left in the state legislative session, Orange County residents are calling on state Senator Josh Newman to vote yes on the VISION Act (AB 937).  Over 180 faith, civil rights, and community organizations are supporting the bill, which would end ICE transfers from CA jails and prisons, ending the double punishment of immigrants in the CA criminal justice system. It would ensure that once a person has earned their release from state prison or jail, they are not transferred to ICE detention, and instead are able to reunite with their loved ones and rebuild their lives. It must come to a vote by Friday.

In 2018, hundreds of OC residents rallied at over half a dozen city councils, from Los Alamitos to Westminster and Fullerton, to defend California’s state sanctuary law and immigrant communities from anti-immigrant groups and attacks from Donald Trump. Three years later, the VISION Act closes the gap for immigrants who were carved out of protections from previous bills.

“Orange County needs to do better from the days of Trump’s attack on sanctuary, not cower to and revert back to the same anti-immigrant threats of 2018. California is behind states like Oregon and Illinois in being a true sanctuary state. We need to progress in our commitment to sanctuary for immigrants, and passing the VISION act is that way forward.” said Eric Yang, Buena Park resident and Organizing Manager at Fullerton-based community organization, the Korean Resource Center.

Senator Newman was a supporter of the bill as a co-author as it passed through the state Assembly and two state Senate committees, but backed away barely one week before the vote would take place in the Senate.

“The question right now is truly whether OC will continue to be an engine of progress or whether it takes a U-turn and follows the lead set by MAGA-world in Texas. This is not a tough call to make. Our message for Senator Newman is this: you either want a criminal justice system that treats all people equally or you don’t. And if you don’t, there are several other states to choose from that share your values,” said Carlos Perea, OC resident and OC Program Coordinator with the National Day Laborer Organizing Network.

With rallies to be held at state Senators’ offices in Los Angeles, Orange County, and Vallejo, advocates are calling on Senators to stand up to the fear-mongering and racist tactics of the Vice President of the CA police chief association, who spouted Trumpian, anti-immigrant language last week while attacking the bill. The VISION Act has won support from the Democratic Party of Orange County, the statewide Democratic Party, the Black Legislative Caucus, the Latino Legislative Caucus, and the API Legislative Caucus. Eight counties in California have already enacted policies to end the practice of transferring immigrant community members to ICE, as have the states of Illinois and Oregon, and Washington, D.C. 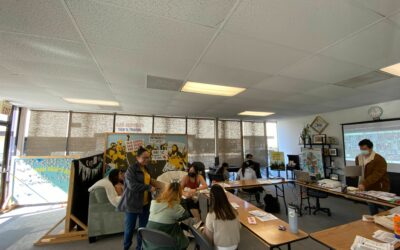 Dear Community, The General Election is upon us! See below for our voter’s guide on the CA statewide and local ballot... 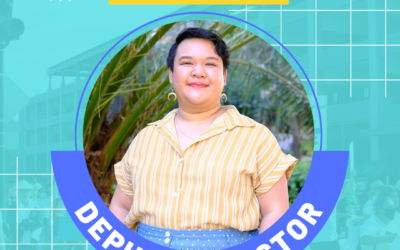 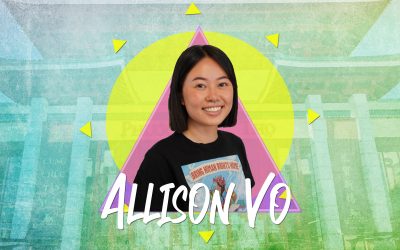