Despite overwhelming support from Garden Grove residents and a petition circulated by community groups, VietRISE and Viet Rainbow of Orange County (VROC), that has garnered over 250 signatures from residents, city council ultimately rejected the motion to fly the LGBTQ+ Pride Flag.  However, community members and organizations scored a victory for Pride Month by calling on city council to light up the city’s historic Clock Tower in rainbow colors instead for the remainder of Pride Month.

The rainbow-lit Clock Tower, which stands at the entrance to Garden Grove’s park, the Village Green, and adjacent to historic downtown Main Street, will be seen by thousands of residents and visitors every day for the rest of June.  This visible Clock Tower will send a message to everyone that the recognition of the LGBTQ+ community was won by community members who organized to make it happen, and they will always hold the city accountable to honoring and celebrating the LGBTQ+ community.

This victory comes on the same night that the cities of Irvine and Fountain Valley voted to not fly the pride flag.  As of today, the petition will continue to be circulated until the end of the month as a reminder to all that the Garden Grove community believes in flying the rainbow flag to truly honor Pride Month. 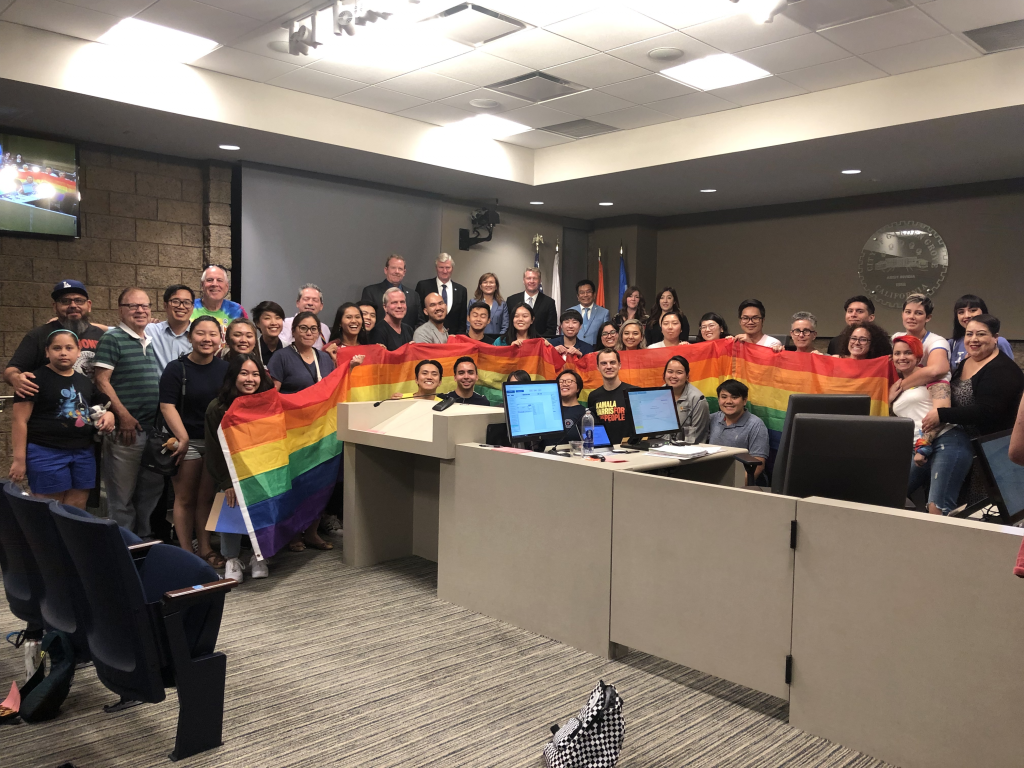