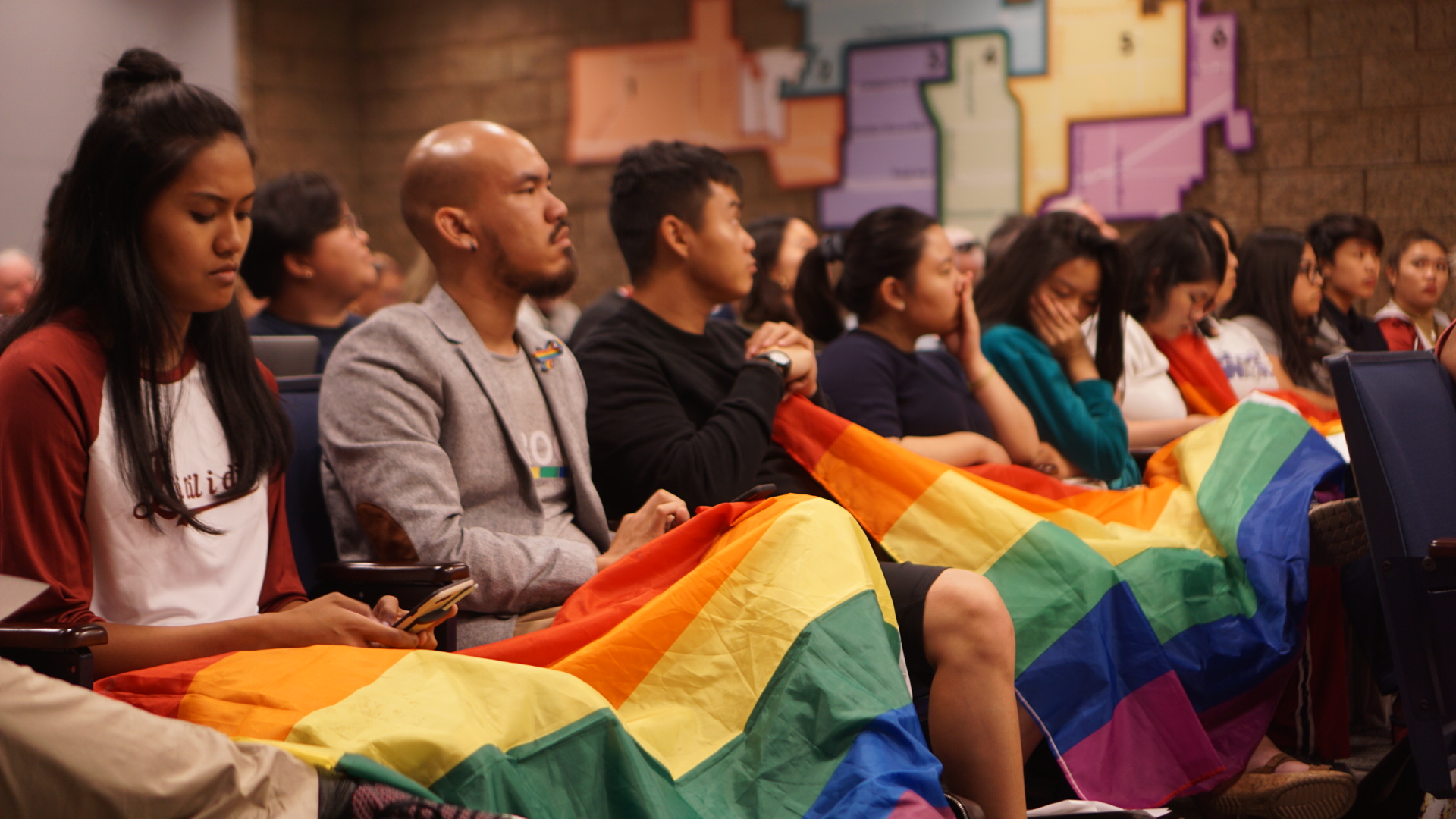 Written by Mai Nguyen Do, Vietnamese American poet and researcher

As Asian Pacific American Heritage Month comes to a close and Pride Month follows, it’s heartbreaking to know that during the month of May, the Garden Grove City Council arrived at a stalemate in its discussion about moving forward with a proposal to fly the Pride flag at City Hall. The city of Garden Grove is home to the second-largest population of Vietnamese people in the United States, and arguments against flying the Pride flag in a city with such a large Vietnamese population isn’t just an attack on LGBTQ people or LGBTQ Vietnamese Americans, but also an assault on Vietnamese culture and identity.

There’s a common misconception that binary conceptions of gender are traditional to Vietnamese culture and that being queer is a concept impressed upon our community members by white, American liberals. However, the reality is that the opposite is true: queer Vietnamese
people have been the cornerstone of Vietnamese spiritual life for centuries, and the importation of Confucian, French, and American thought have, over time, changed how we collectively view gender, transforming us from a people politically led by women warriors and spiritually led by queer shamans into a community that seems to shun them in pursuit of a false idealization of tradition.

Many servants of Mẹ Âu Cơ and other various Vietnamese goddesses have lived and worked along the boundaries separating the divine and the mundane for centuries. Even the physical landmarks painting Vietnamese geography, like the River Hương, are known to be physical gateways to the heavens, places where spirits emerge from the morning fog to rest on the water.

To be truly Vietnamese, to cast off what we’ve been taught by Confucian and Western scholars to believe about our own existence, is to live in these in-between spaces, to embrace our hereditary belonging within liminal and transitional places, to understand that queerness is not blasphemous, but sacred and integral to Vietnamese culture.

Queerness is not some foreign concept forced upon us by American liberals, but rather a spiritual return to our roots in which we embody this oxymoron of being radically traditional, especially in the case of diaspora children who are geographically and politically disconnected from the motherland but who, in the stillness of the night, continue to hear the faint whisper of Mẹ Âu Cơ calling us home.

If we as Vietnamese Americans implore the city of Garden Grove to fly the flag of the Republic of South Vietnam in defense of the struggle of its Vietnamese refugee residents, we must also fiercely demand the city fly the Pride flag in acknowledgment of both the general LGBTQ population and the immense contributions of LGBTQ people to the Vietnamese community’s cultural survival. To fly one but not the other is hypocritical and serves only to impose historical amnesia on a people that has already lost too many memories to the ravages of war.

Mai Nguyen Do is a Vietnamese American poet and researcher from Santa Clarita, California who is currently working on electoral and legislative research at Courage Campaign. She is pursuing her doctoral degree in political science at the University of California, Riverside and is the author of Ghosts Still Walking (Platypus Press, 2016). 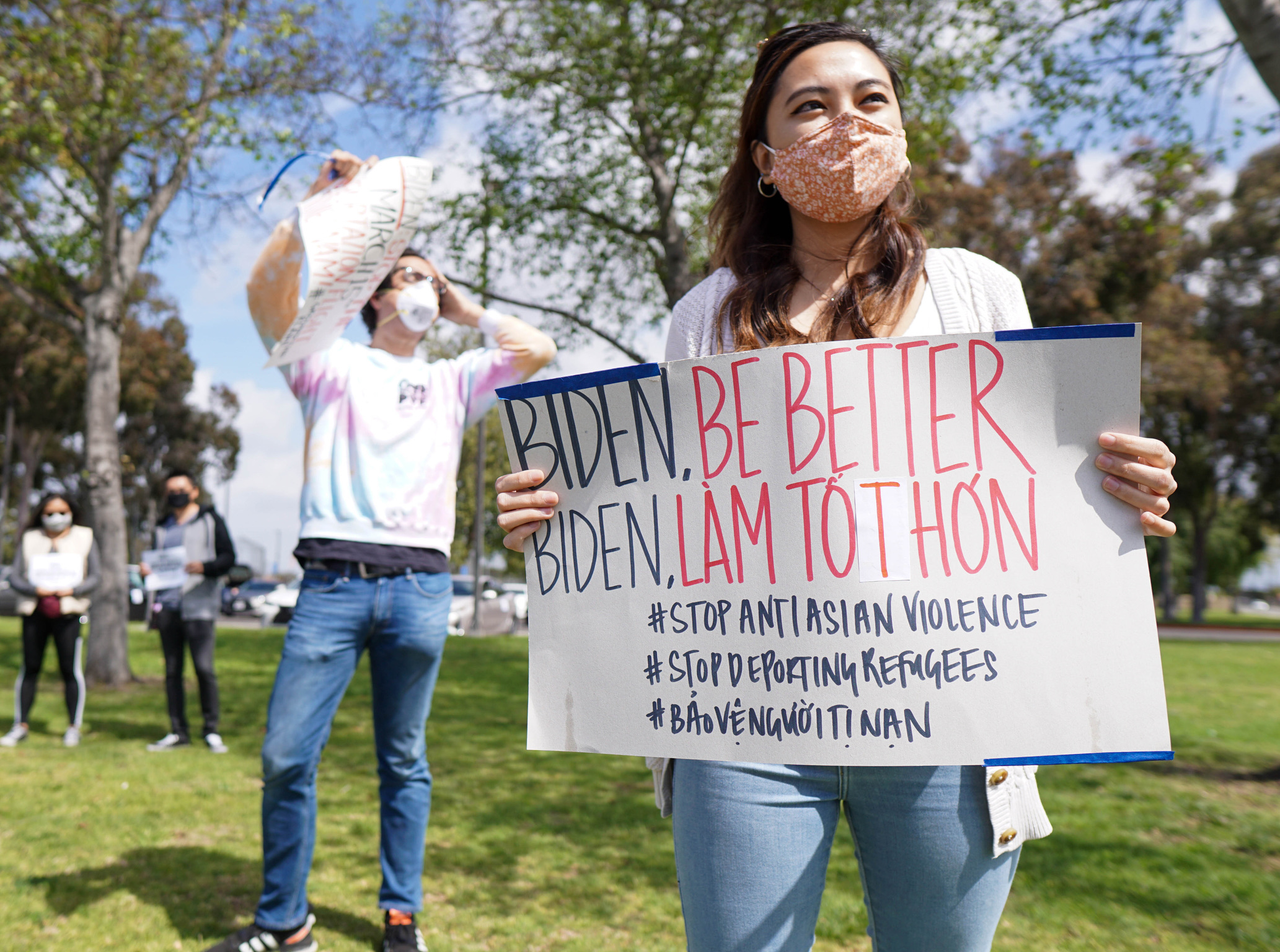 Check out this must-read opinion editorial published in the LA Times on April 7, 2021, written by Thai Viet...